What are Homeopathic Remedies? 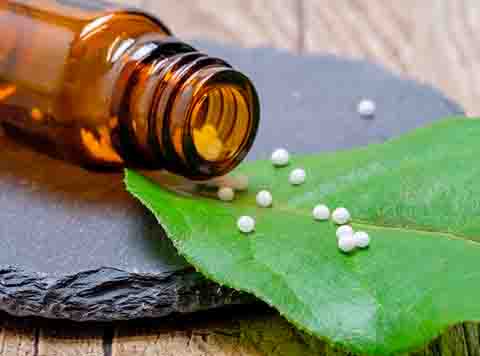 Understanding the Paradox of “Less is More”

Homeopathy is best known for treating the totality of symptoms and generally can be readily understood and accepted by most people; however, its unique pharmaceutical process (how homeopathic remedies are made) is its most controversial aspect.  This process is called ‘potentisation’ and refers to a specific procedure of serial dilution.  It is a process whereby one part of a medicinal substance is diluted with 99 parts distilled water or ethyl alcohol which is then vigorously shaken.  One part of this solution is diluted further using the same process and shaken again.  This process of dilution with shaking may be continued to different strengths, most commonly seen are C, M or X potencies.

So, what does the letter or the number on your homeopathic remedy vial or packet mean? The strength of most conventional medications is measured out in milligrams; of some vitamins and minerals in International Units (IUs) or micrograms. So what does 200C, 1M, or 6X signify behind the name of a remedy?

It is difficult for the scientific mind to understand how medicines that have been diluted so many times can still be effective.  Today, this is known as nano medicine and the science is rapidly catching up as we are ever closer to being able to measure this.   It has also been observed that the more a homeopathic remedy has been potentised, the longer it generally acts, the deeper it usually heals, and fewer doses tend to be needed.

Let’s go to an example. Suppose that after a consultation I give you a moderately high potency of a remedy, a 200C. Let’s say the remedy is Pulsatilla. To make a 200C, the homeopathic pharmacy takes one drop of the herbal tincture made from the Wind Flower, (called a mother tincture) and mixes it with 100 drops of water (actually at 20% solution of ethyl alcohol; the alcohol acts as a preservative). The resulting dilution is diluted and succussed, producing a 1C potency. Then the cycle is repeated mixing one drop of the 1C with 100 drops of the solution, which, after being succussed, yields a 2C potency. After 200 cycles of dilution and succussion a 200C solution is produced, which can be dropped onto milk sugar pellets or in a liquid stock remedy which I then hand over to you.

What’s an M potency? M is the Roman numeral for 1,000, so a 1M means the cycle has been repeated 1000 times. Similarly, 10M yields a high potency where the dilution and sucussion process has been repeated 10,000 times. Frequently prescribed remedies can be obtained in potencies as high as 50M and CM (diluted and sucussed at a 1:100 ratio 50,000 and 100,000 times over, respectively).  These highest potency remedies have deep acting effects on the mental and emotional sphere.

How can it be that the more a substance is diluted, the stronger, or more potent, it becomes? Isn’t it a paradox that the highest potencies have the least amount of the original substance? This paradox resolves when we understand that a remedy acts not as a chemical or material factor, but rather as an informational field. Through a process that we are just beginning to be understand, the repetitive dilution and succession (of the Wind Flower for eg) impart a patterning to the molecules of the dilutent (a substance used to dilute something). The pattern varies depending upon the nature of the substance to which it is exposed, and apparently carries information related to the nature of that substance. The more the solution is diluted and sucussed, the more the pattern becomes coherent, intense and detailed.

Consider this analogy: A slide projector sitting a certain distance from a screen. As we move the projector further and further away from the screen, the image becomes larger, and we are able to perceive more details. The image is like the remedy. There is no substance to it; but consider how powerful a picture can be! The saying “A picture is worth a thousand words” points to the rich, informational quality of imagery. When the vital force of an organism is presented with the information conveyed by an appropriately selected image, it is able to use that information to propel itself back to a position of health and balance. A remedy is like a road-map which illustrates exactly how the organism traveled off its intended course. Now that it has this information, it can turn around and retrace its steps.

Healing can only take place when our Vital force or Chi is strong.  Then the physical body can heal!  Too often, just treating symptoms without factoring in our mental and emotional state is a band-aid affect, for example, trying to treat panic and anxiety without addressing deep seated emotional trauma.

For more on Nano Science – check this out:

Disclaimer: Homoeopathy is a traditional medicine. It may be used in conjunction with other medicines. For any ongoing chronic condition, it is important to be assessed or examined by your healthcare professional or specialist. Always seek medical advice in emergencies.